Yes, I’m a styleman and I’m pronto a vestir

Hello! Look at me blogging about a recently released pattern. I’m so cutting edge! I’m so pronto a vestir! I’ve just come back from my first wedding anniversary holiday in Portugal which was berilliant. We went to Lisbon and Porto and a bit of seaside in between and it was ace. I took a lot of me made clothes on my holidays and they wore very well. You might recognise this previous make on location in Porto…

I made a couple of True Bias Southports especially for the holidays. It’s a brilliant pattern that I have blogged about in its maxi dress format over on the Curvy Sewing Collective so I won’t repeat everything I have said again. Do go over and have a look at it there if you have time, as there are some useful comments from others who have made it too.

What I will say is the short version is pretty short and the skirt pieces have considerably less ease than the maxi dress version so whereas I could fit into the biggest size (18) of the maxi dress view with no problems at all despite my measurements being a lot larger than the recommended ones, I probably should have added a couple of inches to the width of each skirt piece of this one, as well as adding about 4 inches to the length. As you can see, if I hadn’t lengthened it it would have been a bit indecent on me!

I added a couple of inches to the length of the front bodice piece and did a tiny FBA: in this thick quilting cotton I could probably have done with adding a bit more ease. However I do like tight clothes and I like this dress a lot.I sewed down the placket and just sewed buttons on top to avoid a)  any gaping and b) having to sew buttonholes. I’m lazy and I don’t care! Here is a terrible picture of my buttons.

And here is me sitting in a chair in our hotel room. Fascinating huh? Please excuse the giant bruise on my knee: I fell off a stationary bicycle just before my holiday!

Here it is ‘on location’…

Here is a selfie with me wearing a jacket. Don’t say that this dress isn’t versatile. Oh In case you are wondering about the Lytham St Anne’s reference: my mum said the dress should be named after L St A’s instead of Southport as it’s a ‘much nicer area and much more befitting of your dress!’. I’m pretty sure this dress wasn’t named after a small town in Merseyside, but I would like to think it was!

I used a Cotton and Steel Black and White Collection quilting cotton for the top half and a Kona solid for the bottom. I was a bit peeved that the black in the Cotton and Steel fabric wasn’t nearly as black as the Kona (despite being from a collection whose sole selling point was the joy of black and white) but I don’t think it matters in the finished version.

I think it’s a pretty chic little dress that I will wear a lot. I’m planning on making a slightly more graded up and slightly longer version next, plus another tropical print maxi version. It’s a breeze to make and comfy to wear. Also, the straps cover your bra straps. It’s a miracle. Oh and the neck and sleeves are finished with a jazzy yellow bias binding for a pop of colour. Well, I couldn’t be entirely monochrome could I?! 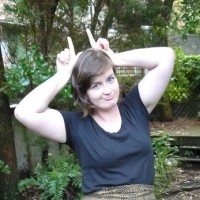 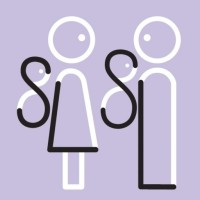